Dendrochronology is based on the comparison of relative year-to-year growth between a sample and a reference database.  This database contains a large amount of tree-ring pattern data, reclaimed from living trees, architectural and miscellaneous timber from various sources and of course, those from a multitude of instruments.  The process which helps to identify contemporaneous growth between the sample and this reference, is known as cross-dating.  This procedure, initially based on calculating the statistical correlation between the data, is now carried out with the help of dedicated computer software, and detects the most significant of these correlations which may lead to conclude a date for the sample.

Although the specialist databases increase daily by the constant addition of new ring-patterns, there remains a number of soundboards which fail to respond positively to cross-dating.  Wood from these instrument, which form about 25 to 35% of the instrument tested, often presents a type of growth and morphological characteristics suggesting that the trees in which the wood originated grew at fairly low altitude.  Spruce displaying certain features, such as erratic or highly sensitive growth, is often represented by a succession of intensely variable overall ring dimensions, combined with  variable width and density of the late growth (the darker part of the growth).

Example of a succession of variable widths and density, which often fails to provide a conclusive dating

A more even  growth, such as the one illustrated below, with late growth representing a smaller proportion of the overall yearly growth is often far more successful.

A violin-maker by training, Peter Ratcliff's interest in dendrochronology began in the early 1990's, when, under the guidance of colleague John Topham, he started accumulating tree-ring measurements from the soundboards of all types of instruments. He now possesses one of the world's largest and most comprehensive database of tree-ring patterns taken from instruments.  This increasingly allows him to identify  relationships between the wood of a newly tested instrument and that of many others.

His profound knowledge of instruments of the violin family, acquired over the last 3 decades, his familiarity with modern repair techniques and his dendrochronological research,  give him unparalleled understanding and unique insight into this specialist field.

He has contributed to many research projects and pulications involving musical instruments, both of the violin family and also early instruments of the plucked variety such as lutes and baroque guitars. 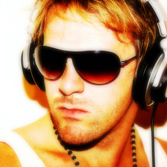 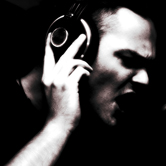